I’ve decided to no longer foster anymore. I tried to refresh and refocus but what I found is that I was so much happier not being a part of that group. My stress level was down and I was happier.
But before I’m totally done I took in one more puppy. Thor is a 5 month old newfoundland/husky mix. He’s a big ol’ boy at about 42 lbs.

This boy is the first dog I’ve ever had that lost any teeth. Every other dog has been too old or too young while I fostered. I didn’t even think about it when I gave him a chewy. After a while he dropped a pebble in front of me. I pick it up , drop it, and run to wash my hands. Next thing I know there are thousands of puppy teeth all over the floor. I’m just…wading through several inches of bloody teeth nubs. It was disgusting. I’ve since burned that house down and moved to a different state.

Also… hiccups. This dog perpetually has hiccups. They wake me at night they are so loud. Apparently large breed puppies tend to have hiccups a lot. The vet said it’s normal. Hilarious, but normal as long as he’s drinking and eating ok.

He’s a good boy, but he’s noisy and without manners. He didn’t get any manners training while he was living in a backyard and I won’t have him long enough to teach him any. Hopefully his new parents will take the time.
Check out the few photos I could get of Thor being still. 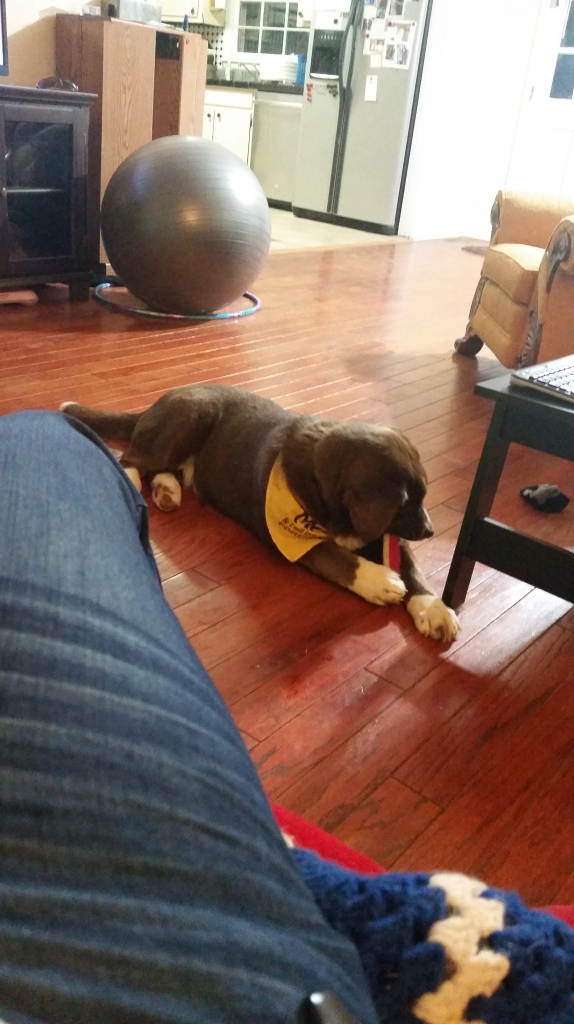 Look at those giant paws! 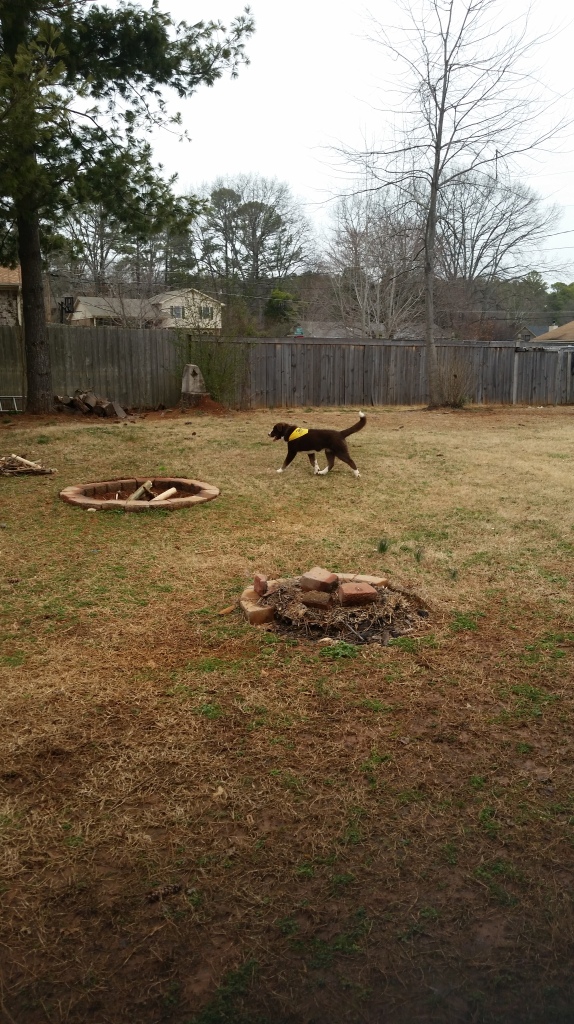 Trotting along, enjoying the yard 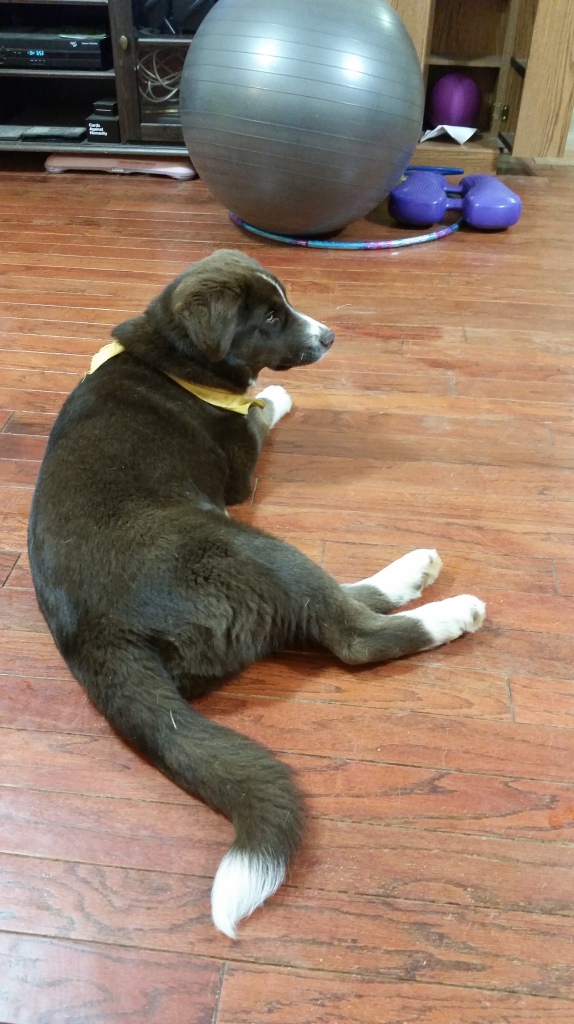