Mystic was yet another dog that was adopted from us as a puppy and returned a year later. This doesn’t happen as often as I make it seem. I suppose I just have a soft spot for the type.

This tiny monster is absolutely adorable. He looks like a tiny maned wolf. His legs are longer than he is! We know the mother was a chihuahua and by the look of him, daddy must have been an italian greyhound. The legs on this dog are just… I can’t even describe how long and impossibly thin they are.

Mystic has been a unique challenge for me. He is so very small and delicate. I am not used to a dog that could break. I sat on him the first hour he was in my house. (This little boy can scream, let me tell you.) I was kicking Rocko’s Chuck It Kickball the next day. As it wooshed by a mere foot from Mystic I realized that had it hit him the poor thing would have been crushed into a fine powder. My life is not set up for dogs that can’t handle being hit with a kickball. I find myself carrying him around like a wine glass while the other two dogs run around like, well…. dogs. Luckily the dog-sized dogs are gentle with Mystic. I don’t have to worry about them trampling or shaking him. (Not that I don’t watch them at all times to be sure.)

I am enjoying the novelty of a dog that could become lost in my purse, but I don’t think I will be taking in any more tiny dogs. 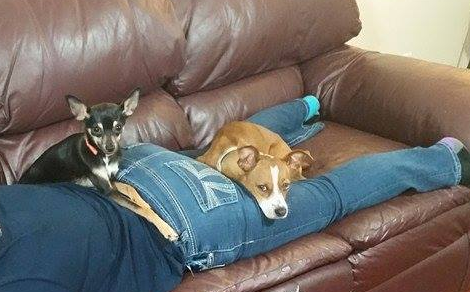 Mystic in the car on the way to my house 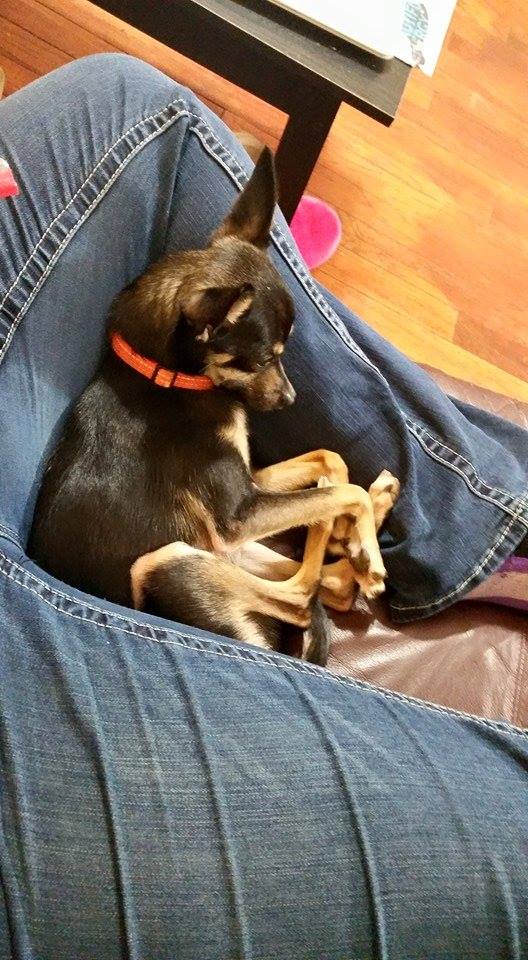 I may never be able to get up again

One thought on “Mystic”